I got this poor Amstrad sold as seen for a very low price, and I can see why. It’s a total mess, filthy on the outside (greasy too eugh!), even dirtier on the inside and it won’t boot. The board looks like its been hacked at too, with a missing 4464 ram and a socket where it should be. The tape drive looks completely knackered with the reset counter not working and the record button seems twisted and broken. 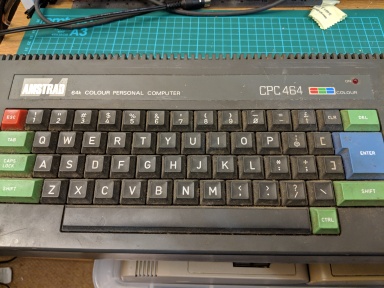 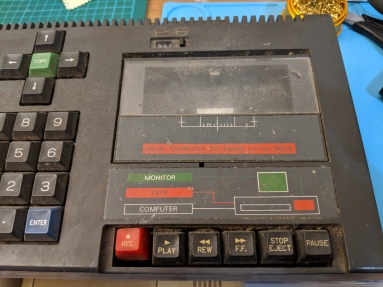 The first thing to notice was that the on/off switch is broken and only very rarely allows the machine to turn on. Shorting the contacts on the switch with my tweezers brings the machine to life, albeit with a broken blue bordered boot screen: 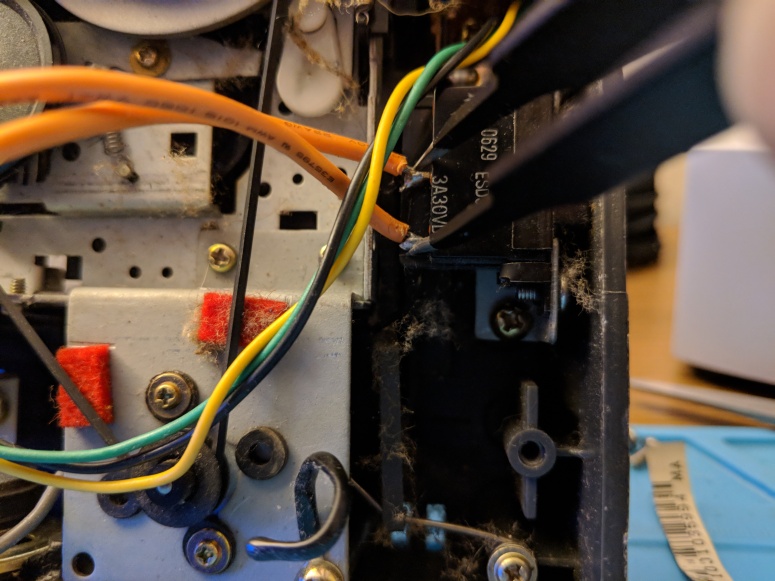 This board has 8 slots along the bottom for 64kx1 RAM (4164) and 8 missing capacitors, so rather than waste my time hacking at the 64kx4(41464) area I desoldered the remaining RAM and used my lovely new Antek 760RW hot air rework station to add sockets for the 64kx1 RAM and added some Oki chips in them, and some ceramic 100nf capacitors int he empty spaces below. I guessed the capacitor value by matching the two ceramics near the old RAM. 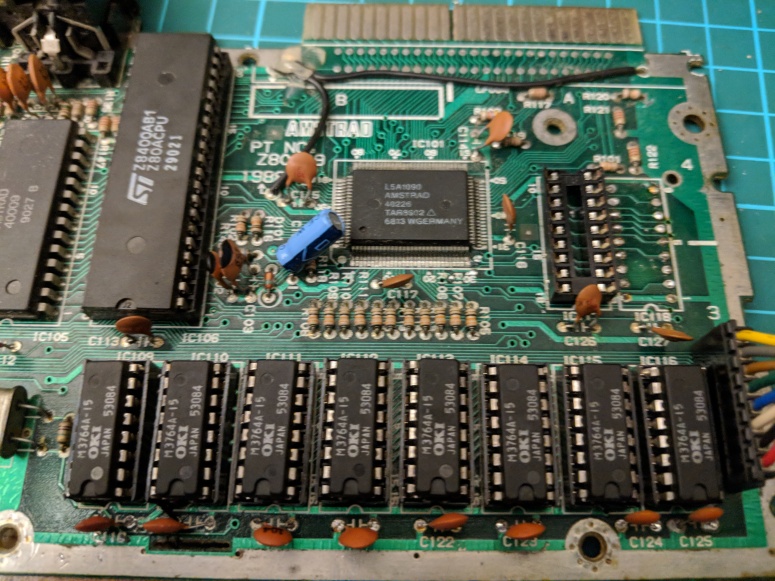 Honestly I wasn’t expecting much at all. More than anything I just wanted to play with my new toy as I hadn’t had a chance, and I was just thinking this is a potentially scrap board so why not give it a try. But when I shorted the pins: 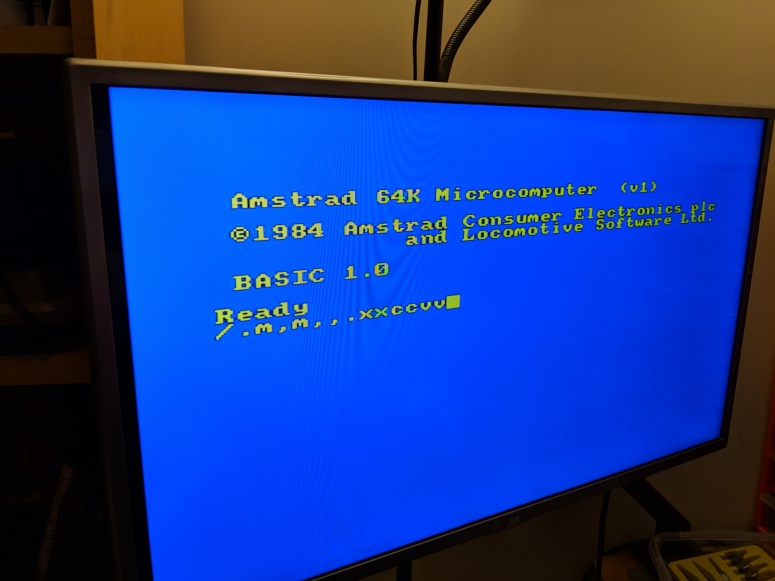 It actually fixed the issue! Keyboard is working great too. Sometime in the future I’ll give this a huge cleanup, recap, change the power switch and have a go at the cassette drive repair. But for now I’m chalking this down as an unexpected win.